Hard to go wrong with a Model 10

Ever since I sold my old 10-8 heavy barrel, I've been keeping my eyes open for a 4" tapered barrel or a 2" snub Model 10.
Prices seem to be all over the place lately, mostly higher than I'd like to pay for examples that are rough overall.

I stumbled across this one a little over a week ago on gunbroker.
2" 10-5 that the serial dates to 63-65. It was a little neglected, but was advertised as solid with the single action not working. I figured worst case I'd bob the hammer and make it DAO. So I placed my bid and waited.
Ended up getting it for $370. Got it home and cleaned it up good (it was filthy) and looked over the internals.
Trigger and hammer surfaces looked good and unaltered, so at first I couldn't figure out why it wasn't working. Then I realized the left rear of the trigger spur was thicker than the right side, and contacted the frame before the hammer traveled far enough to cock. Filed a bit off the bottom rear of the hammer, and now the single action works like it's supposed to. Not sure if the hammer was replaced at some point or what the deal was, but it's fixed now.
I also threw on a set of Ahrends I had laying around. The finish is far from perfect, but there's a good amount of the beautiful old bluing left, and I love guns with character. I hope to get it out and and run some 158swc's through it soon. It was just too hot this weekend for me to mess with it.
There's just something about a K frame, and Model 10's in particular. They just have an elegance and simplicity to them that I love.

I may go back to the factory grips and add a T-grip, but I'm still undecided as the Ahrends do feel great. 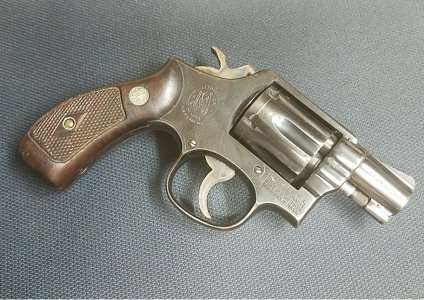 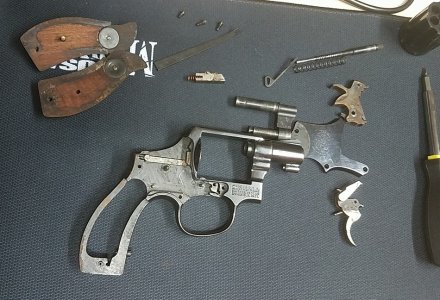 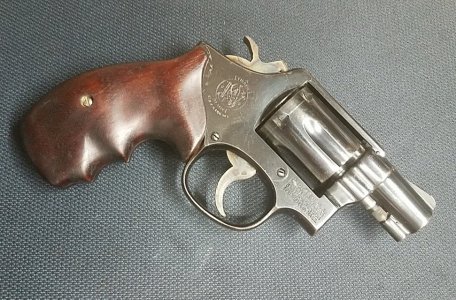 Contributor
Have a 10-7 that my wife's father gave her when she turned 18...put crimson trace laser grips on it...great shooter...she carried it for many yrs until she went with sigs.....congrats on your find

Ive got my old Victory model; it still shoots fantastic!

A Model 10 snubby round butt is kinda like my holy grail. I just haven't connected with one yet.
If you should decide to sell it I'm not too far away...... 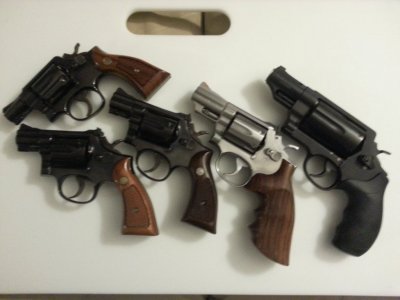