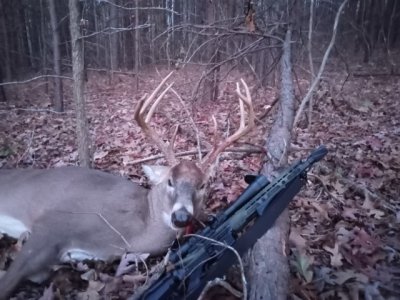 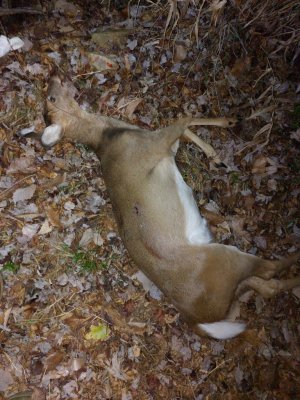 My son’s 2nd buck ever. Looks like a trip to the taxidermist.
10pt
Johnston Co
70 yd shot, 40 yd recovery 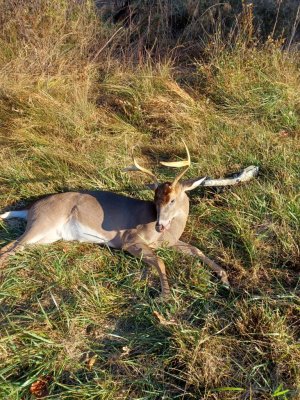 This one was bittersweet. I heard someone shoot twice on top of the ridge, 5 mintues later this guy came hobbling in front of me. I only saw his right ham bleeding and knew someone made a poor shot. So I put one in his shoulder and put him down. Then when I walked up to him I realized he had also been gut shot. So I'm thankful that I ended his suffering sooner and the yotes didn't get him.
-Patrick County, VA
-308 win, norma evostrike 139gr
-30ish yards 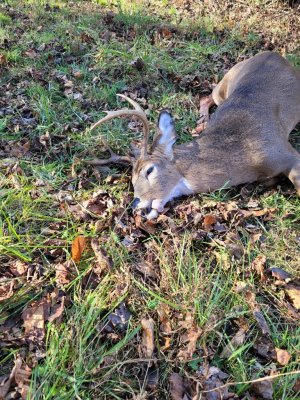 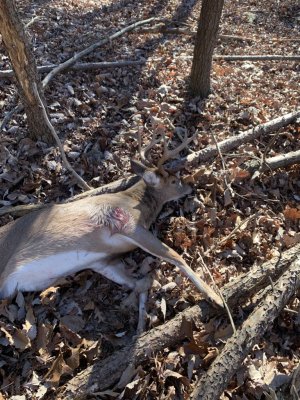 Pretty exciting hunt. He had me pinned down from his bed for an hour while I texted with Cloninger…he finally stood and turned broadside… 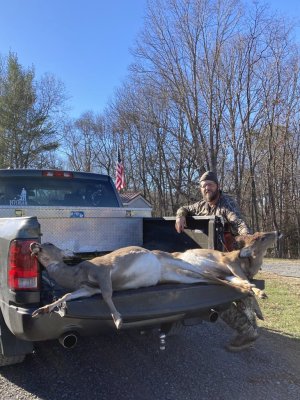 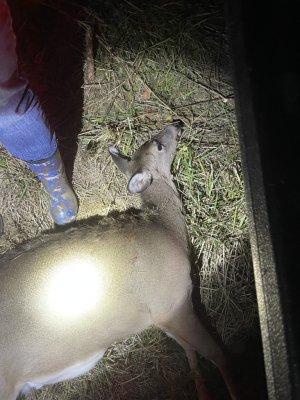 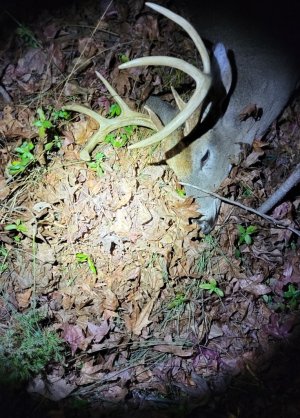 My 14 year old daughter blasted a doe this evening
Ashe County
Ruger 7mm-08 Nosler BT
50yd shot DRT
Trail cam got us praying over the deer. Something we always do. Figured this is a little different than regular photos 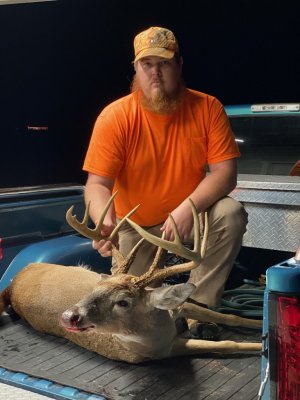 Harnett County
.30-06
Hornady 150gn American Whitetail
50 yd shot/50 yard run?
Seems like this deer showed up as soon as I got the climbing stand up where I wanted to be. Dont think Ive ever had one show up that fast. 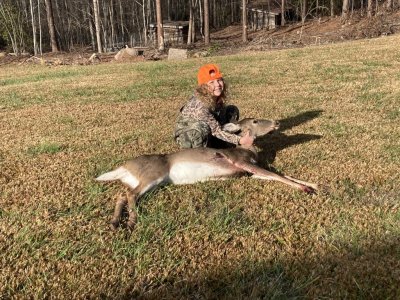 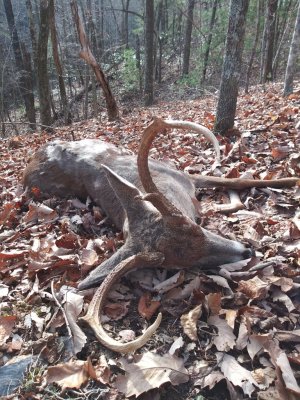 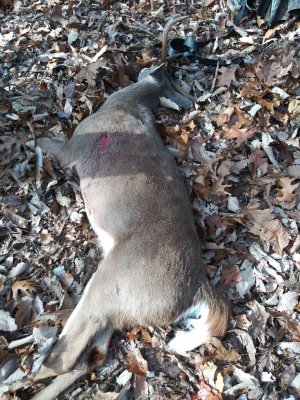