Contributor
Went up to the Rock to put out corn and set up another game camera and finally got some stuff germinating. Been a long wait. Seeded the plots first weekend of September and they are just now coming up as of today....
Anybody having late luck
? 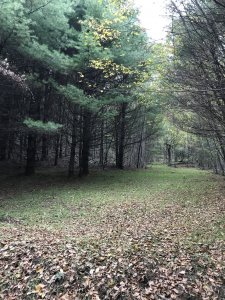 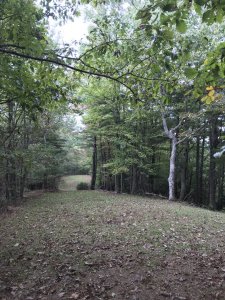 I planted oats about the same time, checked them today, nothing sprouting yet.

Contributor
i planted oats and greens at the same time. they are finally coming up.

Contributor
Yeah, it's coming up. Just really late. It'll be November before they fill in.

Contributor
Mine hasn't been in the ground that long, and I top-seeded again last Sunday, but I have both wheat, oats and clover coming up and hoping tomorrow will be exactly what the top sowed grain will need to sprout and set roots before it gets cold.

My turnips & other brassicas did fine, but two plantings of oats in early September & just before Dorian both seem to have failed.
Usually, the oats sprout quickly & the brassicas catch up later. I think I got just enough moisture at each oat planting to sprout the oats, but then the dry spells hit for a long enough period of time that not enough moisture was there to keep them going.

My oats are coming up patchy right now about 1 to 2 inch tall and my clover is sprouting everywhere since the rain gonna look good late season and spring hopefully all I will have to do is maintain through the summer.

sky hawk said:
Yeah, it's coming up. Just really late. It'll be November before they fill in.
Click to expand...